Environmental Protection Minister Ze’ev Elkin and Economy and Industry Minister Eli Cohen launched a national program for “resource efficiency and environmental innovation” on Wednesday, with a goal of making Israel into a “cleantech” power.


The program calls for the Ministry of Environmental Protection to support pilot facilities, innovation labs, research and development and international cooperation, while the Ministry of Economy and Industry is to establish a center to maximize efficiency for the use of industrial resources, encourage the use of byproducts and waste from one industry to aide production processes in other industries, support investment in streamlining resources, promote sustainable industrial zones and more.

Announcing the project, Environment Minister Elkin said the cleantech industry is expected to explode, financially speaking, in the coming years.

“Only China is going to invest more than a trillion dollars (in cleantech),” Elkin told the Conference on Efficiency and Innovation in Environmental Industry at the Jerusalem International Convention Center.

“The State of Israel must take a leading position in the field at an international level and leverage the country’s advantage as a center for innovation to turn the field of environmental technologies into an important sector of growth for the Israeli economy.

“This is very important for the Israeli economy and industry, and (we will do everything we can to)promote the environmental field in Israel,” he said.

Notably, also in attendance was European Union Ambassador to Israel Emanuele Giaufret, who attended the event despite the EU’s frequent criticism of Israel in recent months over the deaths of Palestinian rioters during weekly demonstrations on the Gaza-Israel border.

During an interview in February, Giaufret acknowledged that many Israelis feel the EU is biased against the Jewish State, but added that political differences between Jerusalem and Brussels have not hindered thriving bilateral tourism, education and especially business ties between the sides.

Giaufret returned to the theme on Wednesday.

“In a priority to shift from a linear to a circular economy, the EU is looking for a clean energy transition, I wish to the European Union and Israel to have a productive cooperation in (cleantech)” he said on Wednesday.

Notable technologies on display included ECOncrete, an Tel Aviv start up that produces and supports implementation of innovative concrete products designed for enhancing the biological and ecological value of coastal and marine infrastructure, and GreenBin, an IOT company that has developed a sensor that collects data from community garbage dumpsters, analyzes their fullness status plans the optimal route for local garbage trucks.

REEP a laser-based device, the size of a multi-purpose office printer, removes the ink from papers and digitizes the information in order to reduce the use of paper, ink, and other material waste. After removing the ink from the original document, it can be re-used.

According to Dr. Ami Appelbaum, chairman of the Israel Innovation Authority and Chief Scientist at Israel Ministry of Economy and Industry, there are 850 companies in the Israel cleantech sector, and Israel was listed in sixth place on the 2017 Global Cleantech Innovation Index (GCII). 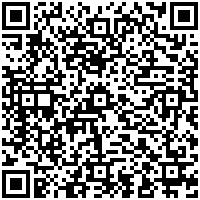