(EJP) A new study published on Friday by the Israel Ministry of Strategic Affairs reveals that the European Union, in contradiction to its own stated policies, provides millions of euros annually to non-governmental organizations (NGOs) with known ties to terror groups, and which promote delegitimization and boycotts of the State of Israel.

According to the report, more than a dozen NGOs that promote anti-Israel boycotts have received some 5 million euros annually in European Union funding. In addition, an estimated several million more euros were channeled to boycott-promoting NGOs through third parties that receive E.U. assistance.

“This [funding] is in direct contrast to the E.U.’s official stance, with High Representative Federica Mogherini [having] stressed the European Union’s opposition to boycotts against Israel and its firm rejection of BDS attempts to isolate Israel,” the report noted.

Examples from the report include the NGO Norwegian People’s Aid (NPA), a group that received €1.76 million in 2016. NPA was investigated and fined $2 million last month by the U.S. Department of Justice after it was discovered that the group carried out a project in conjunction with the terror organizations Hamas and the Popular Front for the Liberation of Palestine (PFLP), and had provided services in Iran. Both Hamas and the PFLP are recognized as terrorist entities by the E.U., the United States and Israel.

Other groups mentioned in the report include Trocaire from Ireland, which promotes petitions calling on the E.U. to impose economic sanctions against Israel; PAX in the Netherlands, which openly support and promotes the BDS movement; Un Ponte Per, which actively promotes BDS in Italy; EuroMed in Denmark, which works systematically to suspend the Association Agreement between Israel and the E.U.; and Wzr on Want in the United Kingdom, which for years has been participating in campaigns calling for a boycott of companies operating in Israel.

The ministry’s report also notes that E.U. funds were channeled through third parties to the Palestinian Center for Human Rights (PCHR) and Al-Haq, which both have links to the E.U.-designated terror organization PFLP.

“These findings raise the concern that European taxpayer money is being used to maintain ties with E.U.-designated terrorist organizations,” the report said.

The report emphasized that E.U. funding is given in addition to the aid granted independently by E.U. member states. Thus, many of the organizations receive “double funding” from both the E.U. and individual European countries.

In a statement over the report’s publication, Israeli Minister of Strategic Affairs Gilad Erdan pressed for change: “It is inconceivable that the E.U. is giving millions in European taxpayer money to organizations that promote boycotts against Israel—some of which are also connected to E.U.-designated terrorist groups. I expect the E.U. to uphold its declared policy of opposing anti-Israel boycotts and of not supporting organizations with ties to terror.”

The E.U. delegation in Israel said it had not received any information from the Israeli government on this subject, but that it would like to check the information concerning this funding. “We are certain that E.U. funding is not intended to support terrorism or BDS activities, as this report suggests,” the delegation said in a statement. 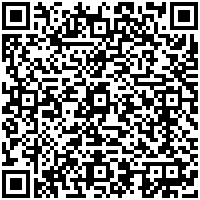