The French municipality of Marseille seems unable to move past the Ottoman Empire prior to the founding of the State of Israel, at least when it comes to making reference to the city of Tel Aviv.

In an official letter to a resident who was born in Tel Aviv, Mayor Jean-Claude Gaudin of Marseille signed the document – sent on February 5 – with the resident’s place of birth listed as “Tel Aviv – Ex-Palestine.”


The matter was then brought to the attention of the National Bureau for Vigilance Against Anti-Semitism (BNVCA), which then contacted city authorities asking for a correction.

The municipality responded that the description is one that has been carried over either from the National Institute of Statistics and Economic Studies, or the French Foreign Ministry,” according to the BNVCA.

A little history is clearly in order.

Tel Aviv was founded in 1909 during the Ottoman Empire and became part of British Mandate Palestine when the UK invaded and seized control over the region.

When the League of Nations voted to partition the area in 1947, Tel Aviv was located in the part that was allocated to the Jewish State-to-be. The Arabs did not accept the plan but the Jews did; as soon as the State of Israel was declared in 1948, war broke out, with six Arab armies attacking the newborn nation. Miraculously, the Israelis won, earning more territory for their new state, now no longer called “Palestine.” 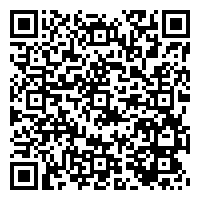