Three years ago, the town’s socialist mayor, Marc Vuillemot, inaugurated the plaque “Yasser Arafat, Nobel Peace Prize 1994” at the entrance to popular district of La Seyne-sur-Mer. Jean-Pierre Colin, his Republican opponent, filed an appeal to remove the sign, arguing that the personality and political course of the late PLO leader was “problematic.”


An administrative court in nearby Toulon last Wednesday deliberated whether to retain the Yasser Arafat street name, in light of a counter argument by the mayor that he had named after late Israeli prime minister Yitzhak Rabin “in the same neighborhood.”

“As far as I know, both men were awarded the Nobel Peace Prize together!” the mayor pleaded, admitting that he had not tried to measure which man’s street was bigger.

Colin, his adversary, told the court the Arafat sign is causing an “image damage” to the town, and constitutes a “risk of disturbing the public order.”

The court ruled that the Arafat street sign bore no image nor security threat to the town.

And so, one person took the law into his or her hands and during the night between Thursday and Friday climbed up to paint the sign black. 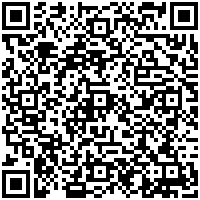