Israel’s Foreign Office and the Jewish community in Germany have criticized the intervention of Interior Minister Eli Yishai and Israeli Chief Rabbi Yona Metzger in the issue of the ban on ritual circumcisions in Germany.


“We are concerned that Interior Minister Yishai didn’t think of becoming better informed about the details,” complained Graumann, suggesting Yishai had not paused to consider “whether his intervention was necessary or beneficial.”

In a polite but strongly worded letter to Israel’s ambassador to Germany Yaakov Hadas, Graumann declared: “There’s no need to elaborate – it’s not beneficial.”

Accoring to Graumann, Yishai chose to “ignore the fact that the Chancellor had clearly expressed her position supporting the right to perform ritual circumcisions.”

Referring to Rabbi Metzger’s visit, Graumann accuses him of meeting with high level government officials without notifying or even consulting with the local Jewish community or rabbinic institutions.

“This is an unprecedented example of interference in religious and political issues in an independent Jewish community outside the State of Israel,” Graumann stated.

In reference to Rabbi Metzger’s proposal of mohalim (ritual circumcisers) being trained by German doctors, Graumann wrote that “it raises doubt regarding the training being provided for the mohalim.”

Graumann concluded that “if the intervention of Interior Minister Yishai and Rabbi Metzger yielded some limited benefit, it was outright inefficient by causing needless harm and introducing additional mistrust.”

A source in the Foreign Office told Maariv that “the Jewish community in Germany is in the midst of several moves, both public and confidential, on the political, judicial and legislative levels, that are ripening. Suddenly the arena is invaded by forces like Minister Yishai or Rabbi Metzger who are unfamiliar with the local rules of the game, the create a a big commotion that damages our efforts.” 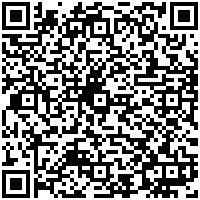