According to the official PA news agency WAFA, “Hundreds of pro-Palestinian protesters took to the streets in the German capital of Berlin on Saturday shouting anti-Israel slogans marking the International Quds Day.”

Quds is the Arab name for Jerusalem, and International Quds Day is an annual event held on the last Friday of Ramadan. It was initiated by the Islamic Republic of Iran in 1979 to express support for the Arabs living in Israel and to oppose Zionism and Israel.

The irony here is that, the Muslim and Jewish calendars being what they are, this year the Muslims are vilifying Israel on their Quds day on the same weekend Israelis are celebrating Jerusalem Day.

Deutsche Welle reported that the banner and flag-waving protesters in the Quds march in Berlin chanted “Child murderer Israel,” “Zionism is racism,” “Free Gaza,” and “Palestine will be reborn!” They tried to show this was not an anti-Semitic rally, by shouting, “Anti-Semitism is a disgrace.”

It’s like the Nazi goons were burning down synagogues while shouting, “Down with Hitler.”

An estimated 600 pro-Israel counter-protesters, including anti-fascists, feminists, LGBTQ supporters, members of the Iranian opposition and simple pro-Israel Germans took to the streets against the Quds Day protests.

On Friday, according to Fars, Quds Day demonstrators in Tehran burned the Israeli flag and portraits of Prime Minister Benjamin Netanyahu and President Donald Trump to “express their discontent with Israel’s claim to Jerusalem.”

Back in Berlin, a woman named Mariane told Deutsche Welle: “The Jews are a special nation because God has given Israel to them. Sometimes it’s not logical, but it’s God’s word in the Bible.”

And Rene Patzawoldt, who was carrying an IDF flag, said: “The issue is not about what is happening domestically in Israel. It’s about this type of protest questioning the right of Israel to exist happening in the center of Berlin.” 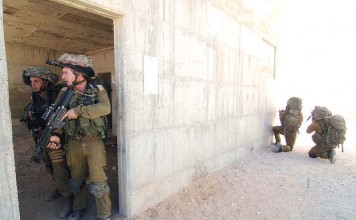 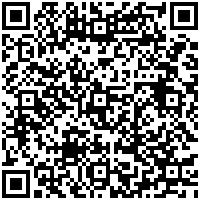