The prime minister had warned on Monday that he would not meet with Germany’s Foreign Minister Sigmar Gabriel if he went ahead with a meeting he had scheduled with the far-left NGO ‘Breaking the Silence,’ deemed by the government as an anti-Israel organization.


Gabriel, who described Israel as an ‘apartheid state’ in 2012, signaled that he intended to go ahead with the meeting anyway.

‘Breaking the Silence’ is a group funded at least in part by anti-Israeli European Union sources. The organization is vehemently critical of Israel’s treatment of Palestinian Authority citizens, and members of the group have testified against Israel before international groups abroad, claiming that IDF soldiers have committed “war crimes.”

The Prime Minister’s Office issued a terse statement Tuesday evening explaining the reason behind the move:

“Leaders of those countries would surely not accept this.

“Prime Minister Netanyahu’s policy is not to meet foreign visitors who, on diplomatic trips to Israel, meet with groups that slander IDF soldiers as war criminals.

“Diplomats are welcome to meet with representatives of civil society but Prime Minister Netanyahu will not meet with those who lend legitimacy to organizations that call for the criminalization of Israeli soldiers.

“Our relations with Germany are very important and they will not be affected by this,” the statement concluded. 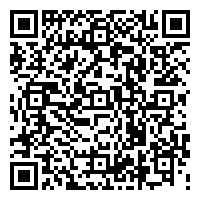