Another violent attack on Jews took place in Berlin Saturday night at Bahnhof Zoo station, according to Bild.

The newspaper reported: “A disgusting, brutal, anti-Semitic incident took place at Bahnhof Zoo last night. The victims: three young Jews. The perpetrators: three young Arabs. They said, among other things: ‘This is our town, our precinct. If I see you again, I’ll slit your throat, you [expletive] Jew.'”


A female friend of the Jewish youths, who was also on the platform, wanted to mediate, but the Arabs told her: “Why do you open your mouth as a woman? Why are you protecting these Jews?”

The victims were slightly injured by blows and kicks, according to the report. 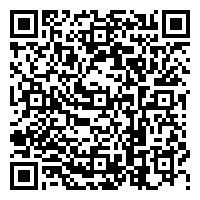