Annegret Kramp-Karrenbauer, the new leader of the center-right Christian Democratic Union (CDU) who succeeded Angela Merkel in December, on Monday said the party had to prevent a repeat of the 2015 refugee crisis, when hundreds of thousands of migrants and refugees were allowed to resettle in Germany, Deutsche Welle reported Monday.

“We must do everything we can to prevent this from happening again,” Kramp-Karrenbauer said. “We have learned our lesson.”

Kramp-Karrenbauer is considered to be more conservative than Merkel, but the German press insists on calling her “Mini-Merkel,” reflecting to both her political views and her small stature. She promotes stricter immigration policies and opposes same sex marriage, which she compares to incest and polygamy. She urges “comprehensive and conclusive monitoring of migration” using an “early warning system” to prevent future refugee crisis.

Her Monday’s comments were made during CDU workshops on migration, integration and security.

CDU lawmaker Armin Schuster presented the conclusion of the worshops:

The CDU wants asylum applications to be processed on the external borders of the EU, including the deportation of unsuccessful applicants.

The CDU will seek an extra 10,000 officers for the EU border protection agency Frontex by 2020, bringing this target forward by five years.

While there are no checks on external EU borders, Germany will continue its own checks “according to location and at times that make sense.”

Kramp-Karrenbauer is a good friend of Israel. In an interview with Jewish Voice from Germany under the headline Standing with Israel, she said: “Angela Merkel said that Israel’s security is part of Germany’s raison d’être. And that raison d’être must be made evident anytime Germany engages in political debates about current political issues in Israel. We must always make clear that there is a very good reason why Germany, in particular, must stand behind Israel’s right to exist.”

“The Iran deal is surely not the most optimal deal in the world, and I believe that improvements are urgently needed,” she continued. “Many people who discuss Israeli politics here in Germany tend to ignore how isolated Israel is in the region, and the threats Israel faces to its existence. We must constantly point out that many of the issues under discussion are existential questions for Israel. This is what makes Israel’s situation decisively different from that of other states.” 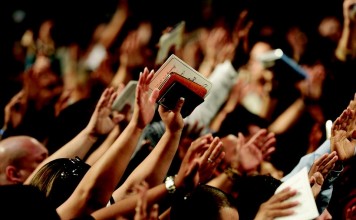 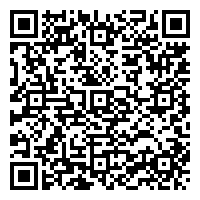