Germany has decided to send 14 Leopard II A6 battle tanks to Ukraine, after months of pressure from Kyiv and its NATO allies.

The decision, announced Wednesday by German Chancellor Olaf Scholz, includes a package of support comprised of logistics, ammunition and system maintenance, he said.

“This decision follows our well-known line of supporting Ukraine to the best of our ability,” German Chancellor Olaf Scholz said at a Cabinet meeting in Berlin.

Scholz added that Leopard II tanks would also be sent to Ukraine from Germany’s European partners, approved by Berlin, with the aim of supplying Kyiv with two full battalions.

Poland announced Tuesday that it had submitted a formal request to Berlin for authorization to send Ukraine at least 14 Leopard II tanks in its possession, and earlier this month, the United Kingdom said it would send 14 Challenger II tanks to Ukraine as well.

Netherlands, Finland, and Spain have also announced they are prepared to send tanks to Ukraine, according to Reuters.

US Expected to Send Tanks
Scholz’s announcement came ahead of one expected from the White House later in the day, saying that the United States will send more than 30 of its Abrams M1 tanks to Ukraine as well.

The United States has resisted sending the Abrams tanks because they require heavy, expensive maintenance, with turbine engines that require costly jet fuel to operate.

However, Abrams tanks, which weigh about 70 tons, are equipped with a 120mm cannon and a .50-caliber machine gun; they’re fast, heavily armored, and lethal.

The German Leopard tanks run on easier-to-obtain diesel fuel and are known for a range of more than 300 miles at a top speed of 42 miles per hour. The Leopard tank is renowned for its mobility and precision as well as its range.

Together, the two different tanks are expected to provide Ukraine with an effective force that could definitively turn the tide of the war and put an end to Russia’s invasion.

In response, Moscow’s Ambassador to the US, Anatoly Antonov, issued a statement saying a US delivery to tanks to Ukraine would be “another blatant provocation” against Russia.

At the Kremlin, spokesperson Dmitry Peskov said the US tanks will “burn just like all the rest.”

On the Battlefield
Units of the Russian Wagner contract militia were reported to be advancing in the Donetsk town of Bakhmut, according to Russian-installed governor the region Denis Pushilin.

“Fighting is already taking place in the outskirts and in neighborhoods that until very recently were held by [Ukraine],” he said, according to the TASS news agency.

The area around Bakhmut has seen some of the fiercest fighting that has taken place since the start of Russia’s invasion of Ukraine on February 24, 2022.

Moscow seized Donetsk last September in an illegal annexation, along with the region of Luhansk, and claimed earlier this month that it had captured the Ukrainian towns of Soledar in the northeast, and Klishchiivka in the south.

Ukraine’s President Volodymyr Zelensky said Tuesday that Russia is preparing “for a new wave of aggression with the forces it can mobilize.”

NATO officials have been warning for weeks that Russia is expected to launch a new offensive against Ukraine in the spring, when the weather will make it easier to fight. 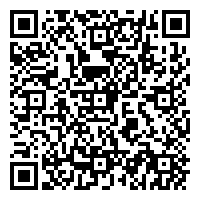