Iranian judiciary spokesman Gholam Hossein Esmaili announced on Tuesday that his country has requested Interpol to issue a “red notice” for individuals who were involved in the killing of military commander Lt. General Qassem Soleimani, and called President Donald Trump “the main culprit” in Soleimani’s assassination.

A Red Notice is a request to law enforcement worldwide to locate and provisionally arrest a person pending extradition, surrender, or similar legal action. It contains two main types of information: information to identify the wanted person, such as their name, date of birth, nationality, hair and eye color, and photographs and fingerprints if available; and information related to the crime they are wanted for, which can typically be murder, rape, child abuse or armed robbery. Red Notices are published by INTERPOL at the request of a member country and must comply with INTERPOL’s Constitution and Rules. A Red Notice is not an international arrest warrant.

Calling the assassination a “terrorist crime,” Esmaieli said Iran had identified 48 people in connection with the targeted killing, including President Trump and commanders and officials at the Pentagon and US forces in the Middle East.

The Iranian Judiciary spokesman said Tehran specified the role each individual had played in the “brutal assassination” and stressed that Iran plans to “seriously pursue the case to bring the perpetrators to justice.”

Iran’s Judiciary chief Ebrahim Raeisi said on Monday that Trump would ultimately have to pay for ordering the assassination of General Soleimani “whether he heads the US administration or not.”

Ayatollah Khamenei said recently that revenge for the Iranian general was certain and would be exacted “at the right time.”

The US is believed to have killed Lieutenant General Soleimani, the commander of the Quds Force of the Islamic Revolution Guards Corps (IRGC), along with Abu Mahdi al-Muhandis, deputy head of Hashd al-Sha’abi, an Iraqi state-sponsored umbrella organization composed of some 40 Shiite militias, by targeting their vehicles outside Baghdad International Airport on January 3, 2020.

“The act of terror was carried out under the direction of Trump, with the Pentagon taking responsibility for the strike,” Esmaili claimed. 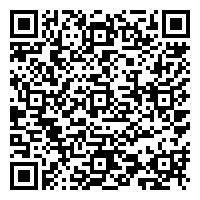