“Wherever there are Israelis in trouble…we are there to help them,” said Yoni Yagodovsky, a spokesman for Israel’s Magen David Adom (MDA), told The Jewish Press.

Roughly eight hours after the terrorist attack in Bulgaria, a team of 12 MDA professionals arrived in Bulgaria to help their countrymen.

“Some of them burst into tears and clapped their hands in joy when they saw our medical team arriving,” Yagodovsky said about the dozens of Israelis who escaped the attack but were holed up in Bulgaria’s Burgas International Airport due to security concerns.

MDA officials proceeded to visit the injured in two Bulgarian hospitals, offering assistance wherever they could. “Unfortunately, we’ve gathered a lot of experience in dealing with terror attack victims,” Yagodovsky said. MDA also set up a call center for families in Israel who were worried about their loved ones.

Asked whether Bulgaria resented MDA’s involvement, Yagodovsky said, “Not at all. They were very helpful and friendly. All the people I spoke with said only good things about the Bulgarians.” 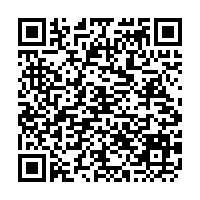