In Rome at the NATO Parliamentary Assembly Joint Seminar of the Mediterranean and Middle East Special Group and the Sub-Committee on Transatlantic Defense and Security Cooperation, MK Omer Barlev (Zionist Camp) said the current developments in the Middle East are unrelated to the “Israeli-Palestinian conflict,” as some of those attending the seminar asserted.

Rather, he said, the developments are mainly the result of two internal issues within the Islamic world: one is the confrontation between moderate Sunni countries such as Saudi Arabia, Egypt and Jordan – with ISIS, and the other is the conflict between Shiites and Sunnis in the region.


The NATO Parliamentary Assembly is an inter-parliamentary organization which brings together legislators from NATO member countries to consider security-related issues of common interest and concern.

The “Israeli-Palestinian conflict” is not connected to the threat against the democratic world emanating from the Middle East, said MK Barlev, who is representing the Knesset at the NATO seminar.

MK Barlev was responding to an assertion by some delegates to the seminar that the “Israeli-Palestinian conflict” serves as a “generator” for the current developments in the Middle East. MK Barlev referred to the statement as “either a cynical comment or a misunderstanding.” 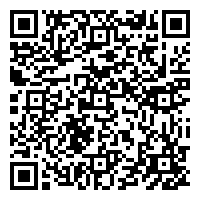