Prime Minister Yair Lapid on Sunday chaired a discussion on the activity of the Jewish Agency in Russia. On July 15, Russia’s justice ministry filed a request to liquidate the Jewish Agency branch that promotes Aliyah to Israel. According to Israel’s foreign ministry, the case will be heard on July 28 (Israeli Delegation Will Go to Moscow to Defend Jewish Agency).

Earlier in July, I reminded you (Someone Tell the Outspoken Lapid: Russia Suspends Jewish Agency’s Operations) that it was Lapid himself who, in March, issued a brave statement during a visit to Romania, saying with a brave heart “Israel, like Romania, condemns the Russian invasion of Ukraine. It has no justification, and we call on Russia to stop the firing and the assaults and resolve the issues around the negotiating table. Israel will help as much as it can to reach a peaceful solution. We are working in full coordination with our ally, the US, and with our European partners to try to end this violent tragedy as soon as possible.”


Since then, the Russians have been taking ominous steps to prevent the Jewish Agency from aiding Russian Jews to make Aliyah at a time when they most need to move to a less hostile environment.

Or, as the late Saul Bellow put it: A fool can throw a stone in a pond that 100 wise men cannot get out.

The prime minister said that the relations with Russia are important to Israel and that the large Jewish community in Russia is important and is brought up in every diplomatic discourse with Moscow.

Closing the Jewish Agency offices would be a serious event that would affect relations, Lapid warned.

According to reports from Ukraine, those Israeli missiles are tearing to shreds the unfortunate Russian tanks that appear before them, making a significant impact on the outcome of the war.

Could this be why the Russians are so upset? Maybe? Maybe?

The Prime Minister instructed the Israeli legal delegation we mentioned last Thursday to be prepared to depart for Moscow as soon as the Russian approval for talks is received and to make every effort to exhaust the legal dialogue alongside advancing the high-level diplomatic dialogue on the issue.

It was also agreed that the Director General of the Ministry of Foreign Affairs would continue to coordinate this matter with all relevant parties.
But it won’t be easy to get those Matador missiles and their launchers back from Ukraine. 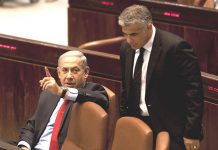 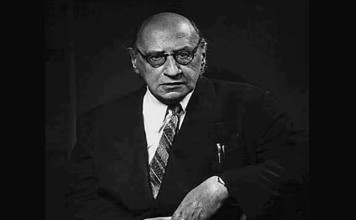