The Russian commission on pardons will meet on Monday, January 27, to consider a plea for pardon from Israeli and US national Naama Issachar, who was sentenced to 7.5 years in prison in Russia on drugs smuggling charges, the Moscow region’s human rights ombudswoman Ekaterina Semyonova told TASS on Sunday.

Issachar’s attorneys issued a statement on Sunday, saying, “Today, we discussed with Naama Issachar Russian presidential press secretary Dmitry Peskov’s statement that her personal plea to the president is needed to pardon her. After our conversation, Naama decided to appeal to the Russian president for pardoning in line with the established procedure, via the administration of the pre-trial detention facility she is being kept in. Naama, her family and defense attorneys hope that the Russian president will soon take a decision on her pardoning and release in accordance with his constitutional powers.”


Semyonova told TASS: “Her verdict is seven years in prison. She is currently kept at correctional facility IK-1 in Novoye Grishino, Moscow region and is supposed to be convoyed to the city of Vladimir or any other location.”

Last Thursday, in Jerusalem, President Vladimir Putin reassured Naama’s mother that “everything is going to be fine.”

“Her mother is very much concerned, I can see that,” Putin said. “I told her, and I want to repeat now that everything is going to be fine.”

Naama Issachar was detained at Moscow’s Sheremetyevo Airport on April 9, 2019, when she was in the airport’s transit zone before boarding a connecting flight to Tel Aviv after arriving from New Delhi. The airport’s security guards found 9.6 grams of cannabis in her luggage. For that, on October 11, 2019, the Khimki City Court in the Moscow Region found her guilty of drug possession and smuggling and sentenced her to 7.5 years in a standard regime penal colony.

Welcome to the era of Mafioso diplomacy. Leave your delusions in the luggage compartment above your heads. Beware the Moscow dogs. 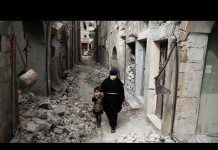 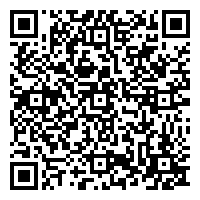