At least two embassy staff members and one civilian were killed Monday in a suicide bombing outside the Russian Embassy in the Afghanistan capital of Kabul, according to the Russian RIA Novosti news agency.

The explosion took place when a Russian diplomat emerged from the building to call for those hoping to get a visa, the Russian news outlet reported. At least 11 others were wounded, according to Reuters.

The explosion occurred “in the immediate vicinity of the entrance to the consular section of the Russian Embassy,” said the Russian Foreign Ministry.

“An unknown militant set off an explosive device. As a result of the attack, two members of the diplomatic mission were killed, and there are also victims among Afghan citizens,” the statement said.

Police spokesperson Mawlawi Sabir told Voice of America the attacker attempted to detonate his bomb in the crowd — but was shot and killed by security forces who spotted him among waiting visa candidates. 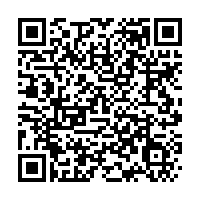