The highly encrypted and super popular Telegram messaging service has arrived in Iran, but its founder and CEO has courteously informed Tehran that no, the company is not willing to install its servers in the country, policy notwithstanding.

Iranian government regulations require social media and messaging companies to work from their servers within the country, and according to the semi-official ISNA news agency, on Sunday Iranian Communications Minister Mahmoud Vaezi reportedly said that as a result of “meeting with Telegram managers, some of its servers have been moved to the country.”

But Vaezi also said – perhaps as a clarification – that Telegram, which is based in Berlin, was planning to use content delivery networks (CDNs) in Iran.

That makes more sense, because just over a week ago, Telegram CEO Pavel Durov issued a statement saying clearly that no servers from the firm would be moved to Iran or installed there. Many sites in Iran use proxy services and virtual private networks to service their users, since the government blocks social media sites such as Twitter and Facebook. Others are simply censored.

Top government officials, of course, have unfettered access to social media. Tech-savvy citizens and many Iranian youth have managed to figure out ways around the country’s censors as well.

Durov told the Associated Press in a Twitter message on Sunday, again, “No Telegram servers will be moved to Iran.” He added a link to his previous post as a reminder. Durov later released a statement saying the claim about servers was probably fake news, or an “incorrect translation,” and suggested it may have been a reference to a CDN node that Telegram rents from an unnamed network provider.

Durov also said Telegram relies on CDNs in places like Turkey, Iraq, India, Indonesia and Argentina, ABC News reported. Those nodes cannot decipher encrypted messages sent by Telegram, which is used to send text, photos and video over the internet. One can even send messages that “self-destruct” after a certain time.

“CDNs only get encrypted data and they never have the keys,” he wrote. “Even if they are accessed by hackers or third parties, the attacker won’t be able to decipher the files.” 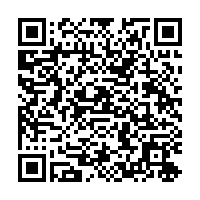