Andrew Murrison, who on May 9 was appointed Minister of State at the Department for International Development and Minister for the Middle East at the Foreign Office, has issued his first contribution to the stability of the region under his concern by condemning the fact that Israel is planning to let several hundred Jews move into eastern Jerusalem.

Back in 1948, the British army left the area without having taken steps to establish a proper, legal boundary between the Jewish and Arab populations, in accordance with the 1947 UN resolution. As a result, the area exploded before and certainly after Israel’s May 14, 1948 declaration of independence. It just so happened that Great Britain owned and operated the Jordanian Legion which was one of the Arab armies that invaded the fledgling Jewish state the day after its establishment.

Divide and conquer is just what the empire did.

The invasion netted the Hashemite kingdom a large slab of land west of the Jordan river, to which it was not entitled, nor was its rule there recognized by anyone in the world – except, well, you know who, the island folks next door to France.

52 years ago Friday this week, after three weeks during which the Jordanians, in coalition with the Egyptians and Syrians, had assembled their army with the declared aim of annihilated the Zionist entity once and for all, the Israel Defense Forces chased the Jordanian Legion—still managed and operated by Her Majesty the Queen of England—across the Jordan River and liberated Jerusalem

Immediately following the war, the eastern part of Jerusalem together with several neighboring Arab villages was absorbed into Israel, in accordance with section 11B of Israel’s Law and Administration Ordinance, the very first law enacted by the Zionist entity back in 1948.

Seeing as there had been no recognized sovereign who ruled over eastern Jerusalem, the Israeli decision to annex this no man’s land made it legally part of Israel. This move has been recognized by several countries over the years, most notably by the United States of America only two years ago.

And now for something completely different, a UK official issuing a statement rendered meaningless by 52 years of history (the official press release):

“On Thursday May 30, the Israel Land Authority announced plans to advance tenders for 556 housing units in East Jerusalem.

“The UK Government is gravely concerned by plans announced on 30 May to advance tenders for hundreds of settlement housing units in occupied East Jerusalem.

“We are clear that settlements built on occupied Palestinian territory are contrary to international law and an obstacle to a two-state solution. Regrettably this takes us further away from a negotiated peace agreement.

“I visited Jerusalem on May 28-30 where I reiterated UK support for a two-state solution, with Jerusalem as a shared capital for both states.”

Murrison is entirely mistaken regarding International Law, and his attempts to meddle in local affairs, especially the decision of a sovereign government regarding its housing policy, should be viewed as a hostile intervention by a foreign power, albeit a minor and speedily diminishing one.

Murrison’s training is as a medical doctor, and he served in that capacity in the Royal Navy. Other than a six-month tour of duty in Iraq where he served as a medical doctor, there is nothing in his education or experience that offered him any shred of knowledge regarding the Israeli-Arab conflict. As a politician, Murrison was appointed as the Conservative Shadow Minister for Health in 2003.

Seriously, Physician, heal thyself, or, barring that, at least shut up. 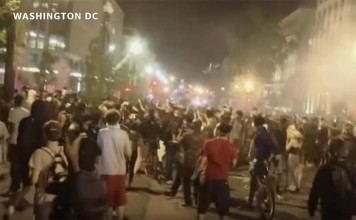