For the first time since its establishment, the British Foreign Office in London set up a sukkah in the courtyard of its iconic building on King Charles Street, adjacent to the British Parliament and the Prime Minister’s Residence at 10 Downing Street, the British embassy in Tel Aviv reported.

The sukkah was erected by a group of foreign office employees from various departments and diverse backgrounds, which is dedicated to promoting religion and faith.


The employees decorated the sukkah together – and some of the decorations were prepared by the children who attend the staff kindergarten in the building.

On Wednesday afternoon, a discussion of the Sukkot holiday was held in the sukkah, to which all the foreign ministry employees in London were invited. They heard a lecture about the customs of the holiday and noshed. 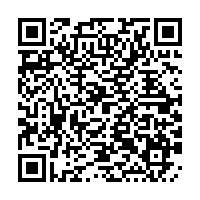