Britain’s Prince William, second in line to the throne, has announced that he will visit the State of Israel this summer.

It’s the first time a member of the royal family will visit the Jewish State in an official capacity.

“We welcome the announcement of Prince William’s visit to Israel,” Prime Minister Benjamin Netanyahu said in response to the news on Purim day.

“This is an historic visit, the first of its kind, and he will be welcomed here with great affection.

“I have instructed the Ministry of Foreign Affairs to coordinate preparations for the visit to ensure its success.”

Israel’s President Reuven Rivlin said in a tweet that he also looks forward to welcoming Prince William, whom he called “a very special guest, and a very special present for our 70th year of independence.”

Kensington Palace said the prince will also visit the Palestinian Authority and Jordan during his trip. His wife Kate, the Duchess of Cambridge, is due to give birth in April to their third child and is not scheduled to join him on this trip.

William’s father, Prince Charles quietly took the opportunity to pay his respects at the grave of his paternal grandmother at the Church of Mary Magdalene cemetery atop the Mount of Olives in Jerusalem while on an unofficial visit to Jerusalem in early October 2016 to attend the funeral of former President Shimon Peres, z’l.

The secret detour went unreported in Israel and abroad due to the fact that the cemetery is located in a part of Jerusalem that was restored to the capital as a result of the 1967 Six Day War. As such, the area is not recognized by the British government as a legitimate part of Israel. 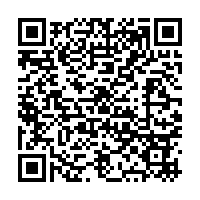