The Conservatives have vowed to strengthen Ofsted, the educational inspection body which has a record of targeting Orthodox schools over LGBT issues.

In an election pledge, the Tories have vowed to give £10 million more funding to the body and to give it the ability to make no-notice inspections and extend the length of inspections from two to three days.

Rabbi Avrohom Pinter of Chinuch UK, which recently claimed that the government’s Department of Education could overrule Ofsted closure notices, told The Jewish Press, “I can’t say I’m not worried.”

But he added, “I am not opposed to Ofsted, but to the way they are abusing their power in an anti-charedi stance. Ofsted needs more transparency. It should be regulated.”

He hopes that more government funding might make the organization more transparent.

He said, “Ofsted in its present state is a national disgrace. To allow one individual to have their own personal anti-faith agenda is totally unacceptable.”

Labour and the Liberal Democrats have pledged to disband Ofsted and replace it with local authority-based inspection systems.

Two London state-aided charedi girls’ schools were accused on the BBC’s Victoria Derbyshire program on Tuesday of “coercing” parents to withdraw their daughters from relationships and facts-of-life education, which becomes compulsory in September 2020.

A mother of a girl from Lubavitch Senior Girls’ School publicized an e-mail from the school asking parents to exercise their right to “prevent it being taught.”

And the mother of a girl at Yesodey Hatorah Senior Girls’ School publicized a recording of a conversation with the school asking the parent to withdraw their child from the lessons.

The law states that the decision on whether a child attends these classes is the parent’s and should not be influenced by pressure from the school.

Labour leader Jeremy Corbyn finally apologized on ITV’s This Morning program on Tuesday, a week after refusing to apologize to the Jewish community four times.

On the day that Chief Rabbi Ephraim Mirvis published his damning indictment of the Labour Party’s record on anti-Semitism in The Times, Corbyn refused to apologize to BBC’s Andrew Neil in a 10-minute grilling on the subject.

Corbyn insisted to Neil that Mirvis was “not right” to call Labour’s claim to have investigated every case of anti-Semitism a “mendacious fiction.”

Corbynite Len Mc Cluskey, who heads the Unite Union, said he thought the chief rabbi was wrong and that it was “quite extraordinary that a religious leader should come out and say that.”

The chief rabbi was backed by leaders of the UK’s Christian, Hindu, Muslim, and Sikh communities.

This week, after being urged to apologize several times by ITV’s Philip Schofield, Corbyn said, “Obviously I’m very sorry for everything that has happened.”

The Labour Party has been accused of delaying giving large quantities of evidence to the Equality and Human Rights Commission in its investigation into the presence of anti-Semitism in the party.

A spokesperson for the Jewish Labour Movement told the Jewish Chronicle, “The Labour Party is up to dirty tricks with the EHRC. Refusing to cooperate and skirting around the EHRC’s requirements is not engaging in good faith with the investigation which is what Labour have publicly stated they would do.”

An EHRC source told the Jewish Chronicle, “Labour’s lawyers know all the tricks of the trade regarding the disclosure of evidence. This whole process requires us to rely on the bona fides of those we investigate.

“It is a matter of huge concern that so much trust is being placed in officials and employees to decide relevance or admissibility. Redactions or edited documentation slow down the whole process.”

In its race and faith manifesto, published last week, the Labour Party pledged to make the EHRC “truly independent.”

Scottish Labour general secretary Michael Sharpe said, “There is no place for anti-Semitism, or any form of racism or bigotry in our party.”

The Scottish National Party has also suspended a candidate over anti-Semitic posts.

Neale Hanvey, who was expected to win Kirkcaldy and Cowdenbeath, apologized for his anti-Semitic social posts in which George Soros had been pictured holding the puppets of world leaders and which contained a comparison of the suffering of the Palestinians with that of the Jews in World War II.

Hanvey said, “I am genuinely and deeply sorry. However disappointing this is for me, I fully support the decision of the National Secretary to suspend me.”

An Israeli halachic expert was beaten up in Stamford Hill in an anti-Semitic attack on Friday night.

Rabbi Herschel Gluck, president of Shomrim, who responded to the attack, told The Jewish Press: “The rabbi, who does not want to be named, was here for a family simcha. He was walking back from a Sheva Berachot at about 9:45 p.m. when two young men attacked him, shouting anti-Semitic obscenities. He thought they wanted money and told them that he did not carry money on Shabbat. But they were not interested in money.”

Police came after the rabbi was left bleeding and lying on the ground.

Shomrim also responded on Sunday to an attack against three charedi boys on a bus in Stamford Hill. One victim was punched in the eye. All three had their hats thrown off. 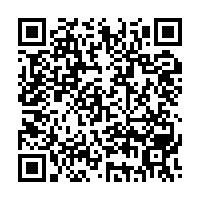