A High Court judge has prevented a seriously ill two-year-old girl from an Orthodox Jewish family from being transferred from Manchester to Jerusalem for treatment.

Alta Fixsler suffered brain injury at birth; her doctors say that she cannot breathe, eat or drink without the sophisticated medical treatment she is currently receiving at a Manchester hospital. However, the hospital now wishes to withdraw treatment and offer the child just palliative care.


The family’s barrister, Victoria Butler-Cole QC said, “They would like her to be treated in Israel by doctors who share their religious beliefs and ethical framework and struggle to understand why the trust will not agree to this.

“Hospitals in Israel are willing to accept Alta, the risks of transfer are very low, and the costs of transferring Alta safely will be met.”

Claiming that there was “no prospect of recovery, Mr Justice MacDonald ruled that travel to Israel would expose Alta to “further pain and discomfort…with no medical benefit.”

Her family is considering an appeal.

“If the patient requires artificial support to survive, but that support is painful and distressing, then there could be a position to take that one would not be obligated to continue to provide that support.

“However, if the patient is not distressed or in pain, then it would be mandatory to do everything to prolong the life as we do not make value judgements on quality of life.”

He continued: “This is clearly a complex case where there is disagreement among the doctors, rabbis and family as to whether the child is suffering or not and therefore the halachic decision can only be made with the benefit of expert medical advice about the patient’s condition.”

Northern Ireland followed in the footsteps of its southern neighbours to try to expel Israeli ambassadors.

Last week, a similar motion was outvoted by the Irish Dail in the Republic of Ireland. Later in the week, Belfast City Council passed a motion urging the British and Irish governments to expel their Israeli ambassadors. The motion was proposed by Councillor Fiona Ferguson of the Trotskyist “People Before Profit Alliance” party and was backed by Sinn Fein, the Green Party, and the Social Democratic Labour Party.

Board of Deputies president Marie van der Zyl said: “The refusal of the proposers of this motion to even condemn Hamas terrorist rockets aimed at Israel’s Jewish and Arab civilians speaks to the motivations behind this political grandstanding.”

She added: “Having had to face its own difficult conflict, it is particularly sad to see Belfast City councillors voting to expel ambassadors and curtailing dialogue, rather than taking steps aimed at helping to resolve the conflict.”

A former head of the examining body Ofsted has been appointed head of London’s JFS, Europe’s largest Jewish school.

The news of the sudden interim appointment of Sir Michael Wilshaw was made to pupils before parents were informed. Wilshaw, 74, is firmly in favour of imposing LGBT education. The school has just undergone an Ofsted inspection.

In related news, 25 members of the school’s staff staged a walkout against their union, the National Education Union, for its anti-Israel stance. 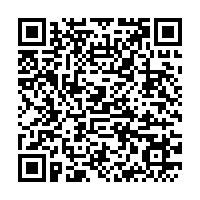