Corbynite Long-Bailey had re-tweeted an interview with actress Maxine Peake in which the latter had referred to “the tactics used by the police in America, kneeling on George Floyd’s neck, that was learned from seminars with Israeli secret service.”


Starmer said, “I have made it my first priority to tackle anti-Semitism and rebuilding trust with the Jewish community.”

Board of Deputies president Marie van der Zyl said, “I would like to thank Keir Starmer for backing his words with action on anti-Semitism. After Rebecca Long-Bailey shared a conspiracy theory, we and others gave her the opportunity to retract and apologize. To our surprise and dismay, her response was pathetic. Her position as Shadow Education Secretary was therefore untenable.”

The Jewish Labour Movement tweeted, “Keir Starmer’s decision to ask Rebecca Long-Bailey to stand down from the front bench should be welcomed.”

However, the sacking was met with harsh criticism from the left wing of the Labour Party with threats that members could leave the party. These threats, though, were dismissed by Labour former Liverpool councillor Jeremy Wolfson. He told The Jewish Press:

“The far left seem to be staying, as they say they want to try and influence. They don’t understand that there should always be a zero tolerance approach to anti-Semitism and racism.”

Board of Deputies Urges Rejection of BDS Proposal

The Board of Deputies is urging Labor leader Sir Keir Starmer to reject a proposal from his Shadow Foreign Secretary, Lisa Nandy, to boycott West Bank goods, should Israel annex portions of the West Bank. Starmer is currently backing the move.

Board of Deputies President Marie van der Zyl said, “The tactic of BDS is divisive and seeks to strike at the very legitimacy of the state of Israel.”

United Synagogues is dissuading shuls from opening on Shabbat even though they will legally be allowed to.

A Shabbat service should only be held if there is a bar mitzvah and “only then if the community is confident that all measures are in place to ensure that the site is Covid-secure,” it states.

Pre-booking is essential for weekday services, and masks must be worn.

He spoke after Manchester’s Talmud Torah Yetev Lev was marked down by the group for not teaching “about matters concerning sexual orientation, gender reassignment or civil partnership.”

He told The Jewish Press: “The new schools minister Baroness Berridge, who is particularly responsible for faith schools, has said that these things do not need to be taught in primary schools. Ofsted are going against government guidelines.”

Landau said another Manchester Jewish primary school, Beis Ruchel, has similarly been marked down. He said, “The new Satmar school officially takes girls till the age of 11, but they have no kids above the age of eight. They were marked down for not teaching about sexual orientation and alternative lifestyles to kids, aged seven.”

He said Chinuch UK is currently taking up the issue with Ofsted and the Department of Education. 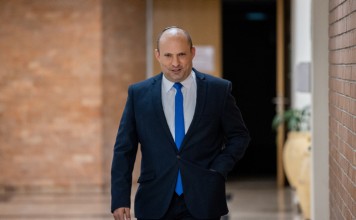 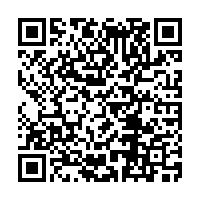