If you’re Jewish and you decide to enjoy nice weather at a beach in Britain, don’t bother going to Kent unless you can defend yourself on your own.

A British Jewish family of seven was attacked this past Sunday by an older teenage gang of two boys and three girls yelling “Jews” and hurling rocks at them on a beach in Kent. Police didn’t bother to respond.

Jewish family from #StamfordHill were enjoying bank holiday weekend at the beach before being pelted with pebbles by youths shouting "Jews" pic.twitter.com/4GP9W3R2WQ

According to a report posted by the UK Jewish Chronicle, the London-based Shomrim civil patrol security organization said the parents and their five daughters, ages 8 to 15, returned home to Stamford Hill early as a result.

The family fled in fear and called the 999 emergency number, according to several British news reports. But even though the gang was still at the scene, Kent Police refused to respond to the family’s call for help because “the informant left the scene and officers deemed there was no further risk.

A spokesperson for Kent Police added, “As the informant is from outside of the county, police are arranging a suitable time to speak to the informant in due course. No arrests have been made. Anyone with information about the incident can call Kent Police on 01795 419119 quoting reference 28-0929.”

Instead, volunteers from the Shomrim Northeast London civil patrol society provided support to the victims. Shomrim questioned why police were not immediately dispatched despite victims remaining in the area for half an hour after the attack.

“Stone-throwing in general is not a British behavior,” a British former resident of Manchester, England commented in an exclusive interview with JewishPress.com on the eve of the Shavuot holiday, on condition of anonymity. “It’s like emulating the Palestinians. I wonder what kind of stones they were throwing, and what their backgrounds are.”

Since the attack, Kent Police and Crime Commissioner Matthew Scott has called for an urgent review on the way police handled the issue.

“Appalling news,” Scott told KentOnline. “I will be having this urgently reviewed. I take all hate crimes seriously and want people who come forward to have confidence.”

Thus far, no arrests have been made. 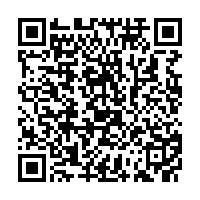