Prime Minister Benjamin Netanyahu is expected to head to London on Tuesday, where he will meet with US Secretary of State Mike Pompeo on the sidelines of the NATO summit, according to Israel’s Channel 13 news station.

Netanyahu last met with Pompeo this past October during the Secretary’s visit to Jerusalem. But the prime minister is really planning to spend the next two days pressuring European leaders about Iran, and about Iran’s recent increased violations of commitment made by Tehran in the 2015 JCPOA nuclear deal with world leaders.

Netanyahu has not been invited to the NATO summit, since Israel is not a member of the North Atlantic Treaty Organization, which holds its two-day conference for member heads of state government from Dec. 3-4, 2019.

US President Donald Trump has already arrived in London to attend the two-day NATO summit, which is being hosted by British Prime Minister Boris Johnson, but Trump is not scheduled for any meetings with Netanyahu, nor with Johnson either for the time being.

Citizens of the UK are preparing to head to the polls in just 10 more days for the third general election in less than four years, with the Jewish community holding its collective breath in hopes that Labour Party leader Jeremy Corbyn does not manage to win the prime minister’s seat.

Corbyn has managed to prove himself to be, at best, a leader who encourages anti-Semitism with the party having supported its anti-Semitic membership in driving out anyone unable to tolerate the anti-Israel, pro-Palestinian Authority atmosphere.

The Labour platform also includes a pledge to remove any UK military aid to Israel and Saudi Arabia, and supports the Boycott, Divestment and Sanctions (BDS) economic war against the Jewish State.

If the Labour Party reaches Number 10 Downing, the country will ban weapons sales to Israel, and will immediately recognize a so-called “State of Palestine.” That’s the gist of the Labour Party’s intention towards Israel as detailed in its foreign and defense policies described in the platform document. 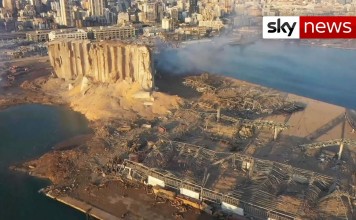