Bristol University on Friday issued a statement saying: “Following a full investigation, we can confirm that from today (October 1) Professor David Miller is no longer employed by the University of Bristol.

David Miller, 57, is a British sociologist who, from 2018 until his sacking on Friday, served as Professor of Political Sociology at the University of Bristol.


Miller is a member of an academic working group on Syria that disputes Western claims that President Assad used chemical weapons on his own people. He is also the co-director, along with Dr. Piers Robinson, of the Organization for Propaganda Studies, which is behind a YouTube interview headlined “Is Coronavirus the New 9/11?” in which Robinson said it was “now obvious” that the official story of the 2001 attacks on the US was wrong.

According to the university, “a disciplinary hearing found Professor Miller did not meet the standards of behavior we expect from our staff and the University has concluded that Professor Miller’s employment should be terminated with immediate effect.”

In early March 2021, The Times reported that Miller had been accused by the All-Party Parliamentary Group Against Anti-Semitism (APPG) of anti-Semitism for calling for the “end of Zionism,” and claiming Israel is “trying to exert its will all over the world.” He also called members of the University of Bristol Jewish Society “pawns … [of] a violent, racist foreign regime engaged in ethnic cleansing.”

The APPG sent a letter signed by 116 lawmakers to Professor Hugh Brady, the head of Bristol University, accusing David Miller of undermining “the safety and security of Jewish students under the pretense of free speech.” The lawmakers told Brady: “Professor Miller has brought your university into disrepute. You must now act before any further damage is done.”

More than 550 academics, including historians Sir Simon Schama and Simon Sebag Montefiore, Anthony Landes, chair of the Wiener Holocaust Library, and Nick Lowles, chair of the anti-extremist group Hope Not Hate, then signed a separate letter saying some of Miller’s statements which had been directed at Jewish students and student societies were “morally reprehensible and risk the personal security and wellbeing of Jewish students and, more widely, Jews in the UK.”

The academic declared: “We believe that Prof. Miller’s depiction of Jewish students as Israeli-directed agents of a campaign of censorship is false, outrageous, and breaks all academic norms regarding the acceptable treatment of students.”

According to the Jewish Chronicle, last Friday, Professor Miller was unrepentant, depicted himself as the victim of censorship, and accused the Union of Jewish Students of endangering the safety of Muslim students on campus.

He told a JC reporter (Now ‘end of Zionism’ academic says Bristol JSoc is ‘Israel’s pawn’): “The ‘Jewish student groups’ you refer to are political lobby groups overseen by the Union of Jewish Students, which is constitutionally bound to promoting Israel. There is a real question of abuse here — of Jewish students on British campuses being used as political pawns by a violent, racist foreign regime engaged in ethnic cleansing. The UJS’ lobbying for Israel is a threat to the safety of Arab and Muslim students as well as of Jewish students and indeed of all critics of Israel.”

In 2019, Jewish students and Bristol’s Jewish Society at Bristol filed their first complaint to Bristol University, which went: “Students said they felt that taken as a whole, his lecture was reminiscent of anti-Semitic language, tropes, and conspiracy theories.”

Miller responded: “I don’t teach conspiracy theories of any sort,” and suggested it was “simply a matter of fact” that “parts of the Zionist movement are involved in funding Islamophobia.”

The Jewish students’ complaint was rejected by the university which argued that Miller’s lecture did not mention Jews specifically and therefore could not be considered anti-Semitic.

On May 20, 2020, Miller was suspended from the Labour Party for accusing Labour leader Keir Starmer of taking money from “the Zionist movement.” Miller resigned his Labour membership in June 2020, suggesting that his “targeted harassment” confirmed “the degree of influence that Zionist advocates and lobbyists for Israel have over disciplinary processes and Party policy.”

On July 29, 2020, Miller said in an online forum: “The Zionist movement, and the Israeli government, are the enemy of the left, the enemy of world peace, and they must be directly targeted.”

The University stated that it “remains committed to fostering a positive working and learning environment that enriches lives and where the essential principles of academic freedom are preserved.” 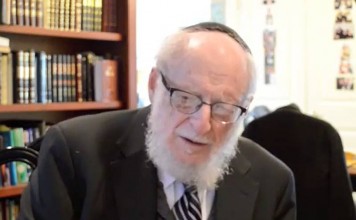 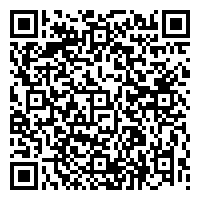