Britain’s Conservative Party, led by Prime Minister Boris Johnson, vowed this week to ban councils from boycotting products from Israel, according to a report published by The Jewish Chronicle.

The news site quoted the pledge from the 59-page manifesto document entitled, “Get Brexit Done, Unleash Britain’s Potential,” published Sunday as saying, “We will public bodies from imposing their own direct or indirect boycotts, disinvestment or sanctions campaigns against foreign countries. These undermine community cohesion.”


But that specific bit was buried deep in the document on page 20, and you have to look hard to find it.

The move, a smart one, would prevent Labour-run councils and other public bodies from using public funds to support unofficial BDS campaigns against Israel or any other nation – in contrast to a statement by Labour leader Jeremy Corbyn, who called a ban on BDS by councils an “attack on local democracy.”

The manifesto actually pledges on page 20 to “expand funding for and protect places of worship. We will vigorously combat harassment and violence against all religious groups … We will ensure that those who work in countering extremism are protected from threats and intimidation. We will ban public bodies from imposing their own direct or indirect boycotts, disinvestment or sanctions campaigns against foreign countries. These undermine community cohesion.”

Further along, the manifesto pledges to “stand against terrorism and extremism around the world,” and to “protect those persecuted for their faith.” In addition, the Conservative Party pledges to “support the construction of the planned UK Holocaust Memorial.”

It’s worth the read. 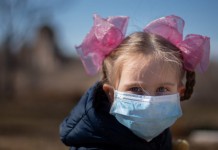 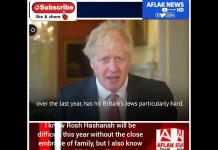 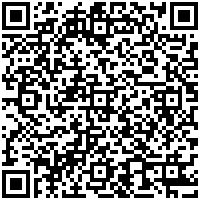