Israeli Prime Minister Naftali Bennett is heading to New York overnight Saturday into Sunday as he prepares to address the United Nations General Assembly for the first time.

His remarks will reportedly focus on Iran – and Israel’s intention to prevent the Tehran regime from attaining a nuclear military weapon — as well as taking aim at the hypocrisy and double standards to which Israel is held by the world body and its various international forums, according to The Jerusalem Post.


Bennett will address the world body at 9 am ET Monday – 4 pm Israel time – before the start of the final holy days of the Jewish holiday of Sukkot, Simchat Torah in Israel, and Shemini Atzeret in the US, followed the next day by Simchat Torah. (Sukkot lasts seven days in Israel, eight days in the Diaspora.)

The prime minister is set to leave the United States on Tuesday night, following the Israeli holiday of Simchat Torah; as an Israeli, he observes only one day of the holiday.

Bennett is also scheduled for talks with US Ambassador to the UN Linda Thomas-Greenfield and UN Secretary-General Antonio Guterres.

In addition, Bennett is slated to address leaders of Jewish Diaspora organizations at an event held by the Jewish Federations of North America. 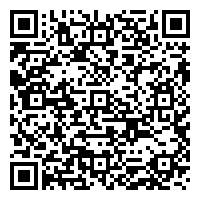