Israel’s Ambassador to the United Nations, Danny Danon says “it’s time for the UN Interim Force in Lebanon to fulfill its mandate.” The Force claimed this week that the “Green Without Borders” non-governmental organization (NGO) — which Danon has warned is being used as a cover by the Hezbollah terrorist organization — does not violate UN Security Council resolutions.

“It is unfortunate that UNIFIL has chosen to turn the other way as Hezbollah continues to operate in the region,” Danon said in response.


“This NGO is not protecting the environment, but is conducting reconnaissance activity along our border,” he declared. “ It is time for UNIFIL to fulfill its mandate and ensure that UN Security Council resolutions are implanted.”

Earlier this week Ambassador Danon presented new information to the Security Council revealing that the Iranian-backed Hezbollah terrorist organization has established outposts along the border with Israel, under the civilian guise of the agricultural NGO, “Green Without Borders.” Danon included photographs and other information with his report.

UNIFIL was originally created by the UN Security Council in March 1978 to “confirm Israeli withdrawal from Lebanon, restore international peace and security, and assist the Lebanese Government in restoring its effective authority in the area,” according to the UN website.

After the 2006 Second Lebanon War, however, the Council expanded UNIFIL and its mandate to include monitoring the cessation of hostilities. The force was additionally mandated to “accompany and support the Lebanese armed forces as they deploy throughout the south of Lebanon; and extend its assistance to help ensure humanitarian access to civilian populations and the voluntary and safe return of displaced persons.”

It’s not a new phenomenon for Hezbollah to violate UN resolutions, or for UNIFIL to ignore the violations.

Hezbollah has violated Resolutions 1559 and 1701, and the Lebanese Taif Agreement as well, repeatedly over the past decade. Resolution 1559, passed in 2004, calls for “disbanding and disarmament of all Lebanese and non-Lebanese militias” – which includes Hezbollah – and is laughable, given the fact that Hezbollah has not only rearmed, but is now arguably better armed than the country’s own official and legitimate military force itself.

Calls upon the Government of Lebanon to secure its borders and other entry points to prevent the entry in Lebanon without its consent of arms or related materiel …. (Italics added)

The only problem with all this is that with the backing and aid of Iran, the once-small militia, Hezbollah, has today grown to become a significant faction in the Lebanese parliament, and in fact also wields power over a number of ministers in the government cabinet itself. Thus it defangs Resolution 1701.

Is there likely to be another war between Israel and Hezbollah? Probably, but not for a while. Iran was rattling its sabers as usual this past Friday, calling for the annihilation of the State of Israel in honor of its so-called “Al Qods” Day – its twisted version of Jerusalem Day (“Al Qods” is Arabic for Jerusalem.) With its numerous proxy groups on the borders of Israel, it’s likely a conflict will be ignited at some point – but not until those with the points of Iran’s swords at their backs feel more pain from those blades than they know they would face from the IDF, and the aftermath from their own people. 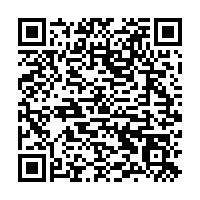