The United Nations International Atomic Energy Agency has ignored a call last week by Prime Minister Benjamin Netanyahu to inspect a nuclear facility in the heart of Tehran.

In a statement issued Tuesday, the agency basically told Israel, “Thanks, but we don’t need your help.”


“The agency sends inspectors to sites and locations only when needed,” the IAEA maintained in a lofty statement delivered by agency head Yukia Amano.

“The agency uses all safeguards relevant to information available to it but it does not take any information at face value… All information obtained, including from third parties, is subject to rigorous review and assessed together with other available information to arrive at an independent assessment based on the agency’s own expertise.

“In order to maintain credibility, the agency’s independence in relation to the implementation of verification activities is of paramount importance,” he added.

In his address last week to the 73rd Session of the UN General Assembly, Netanyahu urged Amano after presenting the irrefutable evidence of the second atomic warehouse last week to “go inspect” the site “before the Iranians clear it out.”

Netanyahu warned the diplomats in the hall, “The IAEA still has not taken any action. It has not posed a single question of Iran.

“It has not demanded to inspect a single new site discovered in that secret archive,” – the one exposed by Israel earlier this year.

Netanyahu produced photos and even coordinates for the location of the second site, from which Iranian officials had already removed 15 kilograms of radioactive material, in an attempt to hide the evidence, he said – “spreading it around Tehran like Nutella.” 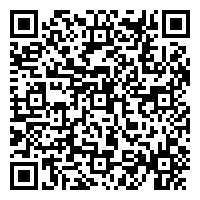