JERUSALEM (April 30, 2017) On the eve of Israel’s 69th Independence Day celebrations and several weeks before the 50th anniversary of the reunification of Jerusalem, the Regavim organization is baffled that the State of Israel is ‘seeking permission,’ from the UN to tour the compound it currently occupies in Jerusalem’s Armon Hanatziv neighborhood.

Last month Regavim filed a petition in a Jerusalem District Court against the UN, the Jerusalem Municipality, and the Israel Lands Authority following the revelation of extensive illegal construction and a land grab being carried out by the UN inside the Armon Hanatziv UNTSO compound. The area was presented to the UN rent-free to oversee the cease-fire with Jordan following the 1967 Six-Day War.


The State responded to Regavim’s petition asking the court to postpone their decision on the accusations, so that the Foreign Ministry could garner UN approval to allow their representatives to tour the compound and investigate the matter.

In response Meir Deutsch Regavim’s Director of Policy and Knesset Affairs asked, “How can we complain about the upcoming UNESCO resolution which doesn’t recognize the sovereignty of the State of Israel or a Jewish connection to its capital, when we don’t exercise our own sovereignty over the area?”

He added, “The United Nations is a guest of the State of Israel. The position of the Foreign Ministry headed by Prime Minister Netanyahu ‘asking’ for access to a Jerusalem site is humiliating and reeks of defeatism.” 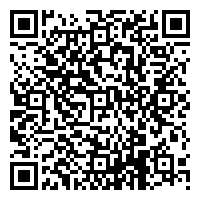