The city of Jerusalem will evict the United Nations Relief Works Agency (UNRWA) in light of the organization’s illegal activities and incitement of Arabs against Israel, according to Mayor Nir Barkat on Thursday.

In a statement, Barkat said the new U.S. policy cutting $300 million to the controversial organization inspired the move, which will see unlicensed UNRWA-run schools, medical centers and sports facilities transferred to Israeli authorities.


According to Barkat, who is stepping down from his position after municipal elections at the end of the month in order to run for Knesset, schools will be closed by the end of the current school year.

“The U.S. decision has created a rare opportunity to replace UNRWA’s services with services of the Jerusalem Municipality,” he said. “We are putting an end to the lie of the ‘Palestinian refugee problem’ and the attempts at creating a false sovereignty within a sovereignty.”

UNRWA was founded in 1949 to provide aid to hundreds of thousands of Arab refugees from Israel’s War of Independence. Still operational today, UNRWA not only provides funding and resources to tens of thousands of remaining refugees, but also to their 5 million-plus descendants in Jordan, Lebanon, Syria, Gaza and the Palestinian Authority. The United Nations has not identified descendants of refugees as refugees in any other population dispute worldwide.

Israel has argued that UNRWA perpetuates a problem of Palestinian refugees by discouraging their absorption in other countries, as well as inflating their numbers. 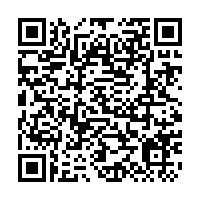