The New York Post reported that he was rushed to New York Presbyterian Hospital, where he later passed away.


Israeli Ambassador to the United Nations Danny Danon offered his condolences Monday to the Russian Ministry of Foreign Affairs on the sudden passing of his fellow UN ambassador.

Our condolences to @RussiaUN and @mfa_russia on the untimely death of Ambassador Vitaly Churkin. He will be missed at the @UN— Ambassador Danon (@dannydanon) February 20, 2017

“A prominent Russian diplomat has passed away while at work. We’d like to express our sincere condolences to Vitaly Churkin’s family,” the Russian Ministry of Foreign Affairs said in a statement on its official website. Russia’s President Vladimir Putin expressed his condolences to the ambassador’s family and friends as well.

“The loss sustained by Russia is grave and irreplaceable,” said Churkin’s deputy, Pyotr Ilyichev, according to the Tass news agency. “Ambassador Churkin remained at his work post until the last minute. He devoted his whole life to defending the interests of Russia and was to be found on the very front lines and in the most stressful posts.”

Churkin spoke fluent English (as well as French, Russian and Mongolian), appearing first as the Foreign Ministry spokesperson for the Soviet Union in 1990. Upon the collapse of the USSR, he became deputy Russian foreign minister, then ambassador to Belgium and then to Canada. In 2006, he became Russia’s ambassador to the United Nations.

“He has been such a regular presence here that I am actually quite stunned,” said Farhan Haq, deputy spokesperson for the office of the UN Secretary-General. “Our thoughts go to his family, to his friends, and to his government.”

The ambassador is survived by his wife and two adult children. 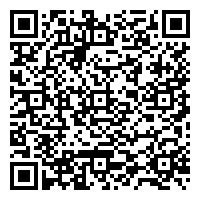