Another terrorist tunnel has been discovered under a Gaza school run by the United Nations Relief and Works Agency (UNRWA), the UN’s agency the provides aid solely to citizens of the Palestinian Authority.

UNRWA said in a statement on Saturday the school was closed in order to seal the tunnel when it was discovered two weeks ago. IDF Coordinator of Government Activities in the Territories (COGAT) Maj.-Gen. Yoav Mordechai was notified, and a complaint was filed with Hamas authorities in Gaza over the violation of UN neutrality, according to the Hebrew-language Ynet news outlet.

“The presence of a tunnel underneath an UNRWA installation, which enjoys inviolability under international law, is unacceptable. It places children and agency staff at risk,” the UN statement said.

“Yet another terror tunnel under an UNRWA school yard,” Danon said in a statement from New York. “This is what Hamas rule looks like and this is more proof of the double war-crime committed as terror tunnels are built to attack Israelis, while using the children of Gaza as human shields.

“We cannot accept a situation in which UNRWA schools are used as terror bases. This dangerous incident must not be ignored and strict oversight is needed to ensure that UN facilities are not used to protect terrorists,” the Ambassador said.

Gaza’s ruling Hamas terrorist organization used United Nations-run schools as terrorist bases during the 2014 Operation Pillar of Defense war fought by Israel against Hamas in Gaza. Hamas was found by an independent 2015 UN inquiry that it used at least three empty UNRWA school during the war as weapons-storage sites; the investigation found that rockets were “probably” fired at Israel at least twice from the schools during the war as well.

The tunnel discovered earlier this month was a new tunnel, according to a source at the United Nations, and in a different location.

As before, Hamas, Palestinian Islamic Jihad and local terrorist groups are denying any connection to the construction of this tunnel: not a surprise, given recent promises by Gaza-based Hamas leader Yahya Sinwar to kill anyone who sabotages the group’s reconciliation with the Fatah faction in the effort to create a Palestinian Authority unity government.

It’s still not known where the latest tunnel was found, where it led, who built it and for which purpose. Some tunnels are built for intelligence-gathering, some for defensive and storage purposes, some for attacks/abduction and some for commerce. Some are multi-purpose.

Many questions have been left unanswered but one thing is clear: a sealed tunnel can be easily unsealed if it is not properly destroyed. 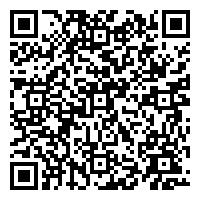