Republican U.S. senators introduced the first efforts to penalize the Palestinians and the United Nations should the body affirm enhanced Palestinian status.


“The first shot has been fired in the much-anticipated Congressional battle to punish the Palestinians for seeking to upgrade their status at the UN – and to also punish any UN agencies and any countries that support them,” writes APN blogger Lara Friedman.

Language proposed this week as an amendment to S. 3254, the National Defense Authorization Act would punish both the PA and the UN for a unilateral recognition of a Palestinian “observer state.”

The PLO is set to submit its bid for non-member observer state status today, Thursday.

Friedman reports that the GOP amendment seeks to compel the president to cut U.S. assistance to the Palestinian Authority by 50% if the PA “seeks at any time after November 25, 2012, at the United Nations General Assembly or any other United Nations entity status different than the status it held on November 25, 2012” – with the cuts continuing “until permanent status issues between Israel and the Palestinian Authority are fully resolved.”

Next, the same amendment will compel the President to cut by 50% U.S. “appropriated contributions to any United Nations entity” that upgrades the Palestinians’ status after November 25, 2012, and those cuts as well will continue “until permanent status issues between Israel and the Palestinian Authority are fully resolved.”

According to Friedman, the amendment permits the President to waive this one category of cuts (but not the others) for national security reasons.

Could be a meaningful step towards balancing the budget…

According to JTA, a separate amendment to the same bill introduced by Barrasso, Lee, Inhofe and Sens. Orrin Hatch (R-Utah), Roger Wicker (R-Miss.), Tom Coburn (R-Okla.), Saxby Chambliss (R-Ga.), James Risch (R-Idaho), Pat Roberts (R-Kan.), and Marco Rubio (R-Fla.) would cut off all funding should the Palestinians succeed in their bid to change the PLO’s status.

U.S. law institutes total cuts to Palestinians and the United Nations in the case of full Palestinian U.N. membership, but so far has had no provisions to penalize an upgrade to observer status.

As of Thursday morning, the PLO is still a non-member observer entity, but this will most likely be changed later in the day. 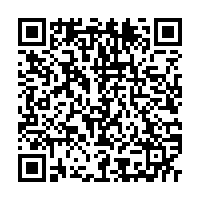