Nitzan Chen, head of Israel’s Government Press Office, on Wednesday posted on his Facebook page, in reaction to the infamous CBS News headline: “3 Palestinians Killed as daily violence grinds on,” that, in light of the “language of the headline used by international networks following the murderous attack at the Shechem (Damascus) Gate, this time we will not respond with silence, we will consider revoking the journalist cards of reporters and editors who are negligent in their work and publish headlines that are the opposite of reality.”

The editors at CBS have since been shamed into changing the headline into the begrudging, “Palestinians kill Israeli officer, wound another before being killed”

Which means that when it comes to treating the media, a little threat can go a very long way. 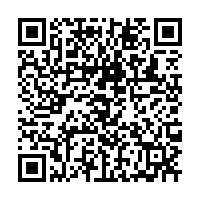