The Hadassah spokesperson on Sunday night issued a statement that Border Policeman Benjamin Jakubowicz, of blessed memory, who was the victim a car-ramming attack at the Halhul junction in Judea and Samaria last Wednesday, died on Sunday night from his injuries. He was treated at the Hadassah Ein Kerem ICU, but despite the efforts of medical staff he passed away. Hadassah sent its condolences to the grieving family.

The late Jakubowicz arrived at Hadassah Ein Kerem hospital having been fatally wounded in the attack, which took place at about 4 PM. The attacking vehicle emerged as the Border Policemen were carrying out an assignment there, and the Arab driver suddenly veered his vehicle and ran powerfully into Jakubowicz’s body. The troops who were standing nearby opened accurate fire at the terrorist and who was eliminated.

The late Sergeant (promoted posthumously) Benjamin Jakubowicz, 19, joined the Border Police a year ago. He is survived by his parents, brother and two sisters.

In their time of pain and grief, the family contributed the late Benjamin’s organs, after he was declared brain dead. The National Transplant Center noted that this was a noble act “that could save a life or significantly improve the life of a person in need.”

His funeral will be held on Monday, at 6 PM, at the cemetery in Kiryat Ata. The family has requested that the press not attend. 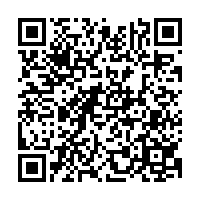