On Sunday, just past 6 AM, a man who had been exercising in the HaZetitim Street gym in Givat Shmuel suddenly collapsed in the middle of his workout. A personal trainer from the gym ran over to the man and checked his vital signs. Finding none, the trainer initiated CPR and asked another staff member to call emergency services for help.

United Hatzalah volunteer EMT Yuda Widawsky had just been awakened by an alarm he forgot to shut off from the week before. “God works in mysterious ways,” he said. “I’m usually not up that early but this morning because of the errant alarm I was.”


Widawsky heard his emergency alert device sound, saw that the address was his own gym, where he was planning to go later, rushed down to his car, and sped to the address.

Another volunteer EMT with United Hatzalah, Antony David Wilk, was in an elevator with his children heading to the car to take them to school when he received the alert. Upon hearing his communication device buzzing, he quickly ushered his children into the car and drove to the gym, where he too exercises regularly. Instructing his children to wait for him in the car, leaving the air conditioning on, Antony ran inside to the side of the collapsed man.

The two EMTs found the trainer who was performing chest compressions and instructed him to continue. A defibrillator had already been attached and was scanning the patient. The EMTs provided a shock, then switched off the gym’s defibrillator to use Yuda’s, a more advanced hybrid defibrillator and heart monitor. After a few more rounds of compressions in which the EMTs rotated with the trainer and other EMS personnel who began to arrive, a second shock was delivered from Yuda’s device. Yuda, an advanced-level EMT and an instructor of intravenous line management opened an IV line to administer fluids and when a paramedic arrived, medications.

A few minutes later, a mobile intensive care ambulance arrived and the paramedic checked the patient for a pulse. Lo and behold, the man had a pulse but was only able to take agonal breaths and was gasping for air. The paramedic intubated the patient who was then transported to the nearest hospital for further care.

“The success of the CPR today came down to teamwork,” said Antony. “Had the trainer not begun CPR when he did and had the first responders not all worked in unison, we may not have been successful. Thankfully we were, and when I returned to my car and told my children what had happened, they were ecstatic to learn that their patience had allowed me to help save a man’s life. As we went off to school I could hear the joy in their voices and I knew that I had made the right decision to bring them along. I hope that along the way they learned a valuable life lesson.”

As Yuda and Antony took their leave, each in his own direction, they both thought about the irony of the medical emergency and subsequent response taking place in their gym, but at a time when they were not already on hand. “I ended up going back home to get my gym clothes,” recalled Yuda. “It was a weird sensation for me to save someone’s life at my gym, especially when I was going to go there later. Thankfully, both Antony and I live nearby and we were able to respond quickly and help save this man’s life.” 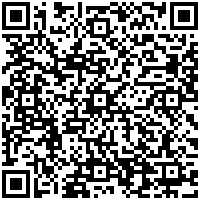