A heated exchange erupted on Tuesday between the head of the Israeli delegation to the European Union’s parliamentary conference MK Erel Margalit (Zionist Camp – Labor), and the Palestinian Authority’s representative, Zuhair Sanduka, who attacked Israel and called to expand the BDS (Boycott, Divestments, Sanctions movement) campaign, since “the State of Israel is an apartheid state of occupiers.”

In response, Margalit said, “The murder of Ali Dawabsha drew across-the-board condemnation in Israel, including by the prime minister and the president. What about in your corner? What about those who wake up in the morning and murder Israelis? Does the Palestinian Authority condemn them? No, it names streets after them. Stop blaming Israel for everything.”


Sanduka gained his 15 minutes of fame back in 2002, when, as senior official serving Yasir Arafat’s Palestine National Council, he admitted that despite Arafat’s promises, the PLO National Covenant has never been changed.

The articles identified by Arafat as nullified but which, in effect, remained in place unchanged, call for Palestinian unity in armed struggle, deny the legitimacy of the establishment of Israel, deny the existence of a Jewish people with a historical or religious connection to Palestine, and label Zionism a racist, imperialist, fanatic, fascist, aggressive, colonialist political movement that must be eliminated from the Middle East for the sake of world peace. 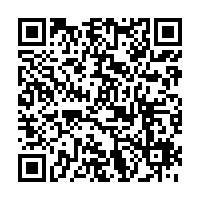