Israel’s Prime Minister Benjamin Netanyahu said in his Independence Day message this year that Israel is celebrating “70 years of freedom, 70 years of democracy, 70 years of bettering the world.”

“Israel’s success didn’t happen overnight,” Netanyahu said, pointing out that all Israelis – ranging the gamut from young and old, Jewish, Christian, Muslim, religious and secular – men and women have worked hard to build the nation.

He expressed his pride in the fact that Israel helps people in so many nations around the around the world to live “healthier and safer lives.”

With a grin, in classic ‘Bibi’ style, Netanyahu added: “Here’s the best part. We’re just getting started. Seventy years is the blink of an eye in historical terms.

“I have no doubt that 70 years from now, Israel will be even stronger, even more prosperous than it is today. Thank you to our many friends around the world. 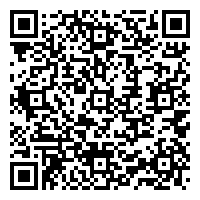