An American Jewish Committee survey of Jewish voters in Ohio, a battleground state, has the community favoring President Obama in similar numbers to polls elsewhere.

The survey released Wednesday by the AJC has Ohio’s Jews favoring Obama 64 percent to 29 percent for Mitt Romney, the Republican presidential candidate.


With a 6.4 percent margin of error, the numbers are commensurate with two other AJC polls last month that had Obama beating Romney 69 to 25 percent among Florida Jewish voters and 65 to 24 nationally.

As in those polls, the economy and health care topped voters’ concerns.

The phone survey of 238 registered Jewish voters in Ohio was conducted Sept. 13-30 by QEV Analytics.

The survey does not take into account any changes resulting from the recent presidential debate between Obama and Romney.

Malkah Fleisher contributed to this report 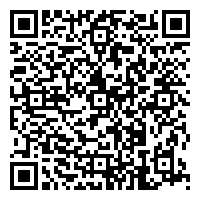