After a nearly decade-long legal struggle, a jury ruled last week that the U.S. government can seize a 36-floor building in midtown Manhattan whose primary owners have been involved with laundering money to the Iranian government.

The office building, at 650 Fifth Avenue, is partially owned by the Alavi Foundation, an Iranian charity, and has served as a passage for the transfer of millions of dollars to the Iranian government in violation of U.S. sanctions laws.


Assa Corporation, which owned 40 percent of the building, was involved with Alavi in transferring income to an Iranian state-controlled bank.

The defense claimed Alavi was unaware that Assa had maintained ties to Iran in the years since the U.S. imposed sanctions on Iran in 1995.

The government plans to sell the building for an estimated $500 million and to give the proceeds to victims of Iran-sponsored terrorism and those who were affected by the 9/11 terrorist attacks.

The ruling also specifies that other properties in Queens, Texas, California, and Maryland are also subject to seizure by the government.

In February, Defense Secretary James Mattis called Iran “the single biggest state sponsor of terrorism in the world” after the Iranians test-fired a ballistic missile.

“This verdict not only vindicates the exemplary work of all the career prosecutors and law enforcement partners who have doggedly pursued this case for almost a decade,” said Kim, “but importantly, it also allows for substantial recovery for victims of Iran-sponsored terrorism.” 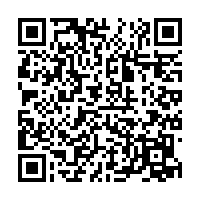