Israel will ask President Barack Obama to bomb Syria or back an Israel strike on anti-aircraft missiles if Syrian President Bashar Assad again tries to ship them to Hizbullah in Lebanon, the London Guardian reported Sunday.

The chaos in Syria is bad timing or any attempts by President Obama to tour the “peace process.” which by all accounts outside wishful thinking Western diplomats is long dead and buried.


Israel, apparently following notification to the Obama administration, bombed a shipment of “gtame-changing” missiles earlier this year before they could cross the Syrian-Lebanese border.

The Soviet-made advanced missiles could cripple Israel’s ability to carry our surveillance flights over Lebanon to spot terrorist activity, Worse, the Israel Air Force would be  at a  serious disadvantage of Hizbullah were to start bombing northern Israel again, as it did in the Second Lebanon War in 2006.

Washington already has promised it would intervene militarily if Syrian President Bashar Assad were to unleash chemical weapons in his do-or-die-struggle to stay in power.

“These missiles are not just a problem for Israel,” a senior Israeli official told the London newspaper. “They include [anti-ship] missiles, and who has the biggest navy in the Mediterranean?” – a reference to the US. Israeli military

Israel does not expect a positive answer from Obama, who already is under pressure to stage pre-emptive strike on Iran’s unsupervised nuclear facilities before they will be able to produce a nuclear weapon.

Prime Minister Binyamin Netanyahu would be happy to gain at least a public declaration of support for an Israel attack.

“What I hear over and over again from Israeli generals is that another war with Hezbollah is inevitable,” a western diplomat told the Guardian, Hizbullah has at least 60,000 short and medium-range missiles that can bomb Israel at least as far south as Tel Aviv. “It is easy to envisage peace breaking down along the border, almost by accident, along the lines of the First World War,” the diplomat said. 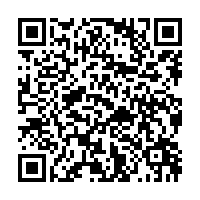