The proposed bill was submitted prior to Pollard’s release from US prison, by Knesset House Committee Chairman MK David Bitan (Likud) and endorsed by 18 MKs from various factions. The bill suggests that although Pollard is currently living in the US, Israel owes him a debt of gratitude and must pay for his living expenses and medical care.

Despite the broad support for the bill, the ministerial committee persisted in rejecting it. Unofficial sources told Israeli media that elements in the National Security Council have warned that the proposed bill would ruffle too many feathers over in Washington.

MK Bitan announced that he would comply with the postponement for now, but vowed to persist in pushing his bill in the near future, fearing that in a few years Pollard would be forgotten by the Israeli public and face economic hardship.

Pollard served 30 years in Federal prison, the longest term ever served by a spy for a friendly country. 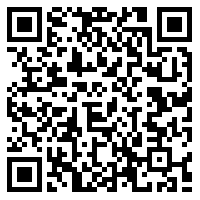