A sharp rise in the number of coronavirus patients in Israel, particularly among students and teachers, is causing health and education officials to consider shutting down the school system for the rest of the academic year. Schools resumed operations in mid-May as part of the gradual re-opening of the economy after seven weeks of countrywide lockdowns and due to the flattening of the COVID-19 curve.

Three people died of the disease overnight Tuesday, bringing the country’s death toll to 290. It was the largest spike in fatalities in the past month. This is in addition to the 19 new cases from educational institutions that were confirmed on Wednesday, June 3, raising the total number of recent cases in the country’s classrooms to 244 and leading to the closure of an additional six schools. So far, 43 schools have been shut down temporarily, and some 10,000 Israelis are in quarantine.


Attributing the spike to the public being lax about following social-distancing guidelines, outgoing Health Ministry Director-General Moshe Bar Siman Tov said, “We knew there would be a period of trial and error. If the data shows that we need to close schools down again, we will do so.” 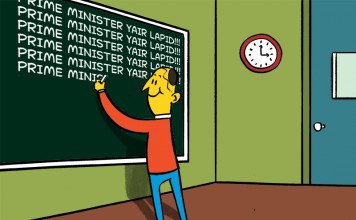