After a four-hour delay at Dubai Airport, about 200 Israeli tourists who were detained on Monday morning were granted permission to enter Dubai after filling out electronic visa forms.

A senior figure in the Israeli aviation industry who was onboard the flight told Ma’ariv on Monday that this issue reflects a problem at the political level that is related to reciprocity and procedure between Israel and the United Arab Emirates. He explained that “as far as we know, until yesterday it was possible to enter without any problem and since yesterday they made a change in the regulations and we are the first to experience it.
We arrived through Flydubai and they are the ones responsible for solving this with the authorities. Part of the deal was that they were taking care of the entry visas. At the moment, following the change in regulations, apparently, no one has reported it and we are on hold.”


The Israeli passengers said that after their landing, Emirates officials told them that due to a change in the visa regulations they could not enter the country. But after contacts with the Israeli Foreign Ministry, the Israelis were allowed to enter.

The passengers were detained for long hours and sounded tired and angry. One of them complained: “There are babies here and also older people and all night we are detained and remain in uncertainty. In the end, it will work out but in the meantime, we are here in the airfield.”

One of the passengers told 103FM that he had undergone the corona tests and was made to wait for three hours afterward. “We are waiting for the authorities and the airline to provide a solution. It turns out that yesterday they changed the rules and procedures here and at present, we are obliged to request a visa. There is no solution at this stage.”

The exemption from visas between the two countries has not yet taken effect, even though it has been signed officially. It is estimated that it will take effect in about 30 days. To overcome this drawback, the Israelis were required to fill out an online form 24 hours before takeoff, but in the last two days they have been refused.

An Israir flight that was supposed to take off from Ben Gurion Airport was also delayed and finally received approval after the intervention of the Ministry of Foreign Affairs. These Israeli passengers will also be required to fill out the online visa form.

Israir’s VP of marketing, Gil Stav, said that after receiving the green light, it was decided to send out all flights to Dubai on Monday as planned. However, in the ensuing days, the format of issuing the visa to Israelis may be finalized, probably be through an electronic visa request. At this point, each visa request comes with a fee of about $90. 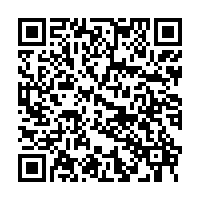