Mahmoud Ahmadinejad who served as the sixth President of Iran from 2005 to 2013 on Friday told Iran International that the highest-ranking Iranian intelligence official in charge of countering Israeli espionage in Iran was an Israeli agent (Ahmadinejad Claims Israel Infiltrated Iranian Intelligence). The former president did not name the spy nor provided dates for the alleged infiltration, but he was adamant in attributing the success of Israel’s intelligence operations in Iran to the Jewish state’s infiltration of Iran’s intelligence and security agencies.

Iran International is a Persian-language television station headquartered in London and broadcasting to Iranian viewers via satellite. The channel has reported on human rights violations, politics, and the repression of LGBTQ and women in Iran. It was nominated twice by the Association for International Broadcasting for International Channel of the Year.


Ahmadinejad announced in April 2017 that he was planning to run for a third term in the 2017 presidential election, despite the objections of Supreme Leader Ayatollah Khamenei. His nomination was eventually rejected by the Guardian Council, and Ahmadinejad has remained a harsh critic of the current government. He registered to run in the 2021 presidential election and was rejected again.

Departing Mossad chief Yossi Cohen on Thursday told Channel 12 News that the force that carried out the January 31, 2018 break into the Iranian nuclear archive on the outskirts of Tehran was made up of about twenty agents, none of whom Israeli. Cohen also revealed that the Mossad had accurate information on the place, based on which they built an identical complex outside Israel where they trained those agents. “We understood the internal structure of the site, and the order of containers,” Cohen said.

Still, what his agents discovered was even more alarming than the chief had anticipated. “Only when we broke into the massive safes and we started getting the images and descriptions in Persian that we read online, we understood that we had what we wanted: we are looking at the Iranian nuclear military plan,” Cohen said.

In Friday’s interview, Ahmadinejad spoke about the major Israeli operation in Iran and “a corrupt gang at the high level of the Islamic Republic’s intelligence agencies.”

“This corrupt gang should disclose its role in the assassination of Iranian nuclear scientists and the explosions at the enrichment site in Natanz. They stole important documents from Torquzabad and the Iranian Space Agency. These are no jokes. Extremely important documents have been stolen and the country’s security has been compromised,” Ahmadinejad said.

According to Iran International, the former president said Israeli agents inside Iran’s security apparatus “carried out a major operation in Torquzabad (near Tehran). They gave several vanloads of documents to Israel. It was not just one piece of paper. There were several vans.”

“How did they manage to get several vans out of the country with all the checkpoints in this country?” Ahmadinejad asked.

Ahmadinejad alleged that Iran’s intelligence minister was kept in the dark and fed disinformation about the Israeli break-in. “They told him that ordinary thieves had used the adjacent building and that they were finally arrested by the police,” according to Ahmadinejad.

Ahmadinejad also accused Iran’s intelligence agencies of being in the dark regarding the Mossad assassinations of the country’s top nuclear scientists. “They arrested several innocent people including Maziar Ebrahimi who later exposed the matter after he was freed and said that the detainees were forced to make confessions against themselves,” he said.

“The Intelligence agencies that should prevent these incidents, wait until they happen, and then they go in front of TV cameras and say they detected the plot. Then they put forward a few fabricated names and either pretend to have killed the culprits or say they have already left the country. And then they close the case,” Ahmadinejad told Iran International. 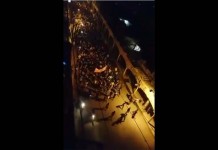 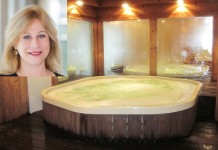 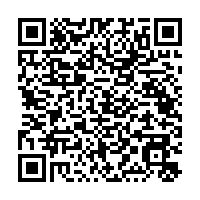