“If they try to stop our activity in Israel and close our office here, we will petition the High Court of Justice, Al-Omri, head of the Al-Jazeera network in Israel, told Ma’ariv Tuesday morning. “We reject all the allegations and the campaign of incitement against us,” he added, referring to Prime Minister Netanyahu’s directive to examine the continued operation of the Qatari broadcasting network in Israel.

“It’s not new, we’ve been in this film before, there have been attempts in the past to block us,” Al-Omri, a veteran journalist with an Israeli citizenship, continued. “We have not only a right, but a duty to petition the High Court of Justice. We reject all accusations against us. This is savage incitement. Because of this incitement, last week, [rightwing activists] Baruch Marzel and Michael Ben Ari came to our office in Jerusalem with large signs that read ‘Shutdown order to Al Jazeera,’ as if they were ordering the state to shut us down.”


“We are duly registered, follow the law, pay all our taxes and behave according to journalistic ethics. We have GPO certificates, we’ve been registered from our first day here, everything is transparent, everything is clear,” Al-Omri stated, noting, “We interview guests from across the political spectrum. When President Trump visited Israel, we broadcast live with simultaneous translation all of Netanyahu’s and Trump’s speeches. In 2009, in the middle of a war in Gaza, Netanyahu got on our air for 24 minutes as head of the opposition. We interview the IDF Spokesperson, ministers, Knesset members, journalists, commentators.”

The interviewer, reporter Eric Bender, said, “They say that you support Hamas and Hezbollah.”

“We do not support anyone, we try to cover things properly,” Al-Omri answered. “Just because the situation is ugly, and the wars are ugly, it’s not our fault. We used to be accused of being Zionists because we interview Israelis. People also said that we work with the CIA. But why in Israel did they get up one morning and want to shut us down? Because the Arab countries closed us down, here they will also close?”

“Why are you being persecuted in Arab countries?” Bender asked.

“Al-Jazeera’s problem in Arab countries is that while the traditional media outlets broadcast only what the king or president was doing, how beautiful he is and what kind of vehicles he owns, Al Jazeera has been engaged with the people and the real problems,” Al-Omri answered.

“Have you decided to lower your profile until things calm down?”

“We do not lower our profile and we do not push the gas pedal,” the Al Jazeera Israel chief told Ma’ariv. “Other than what we’ve heard in the media and yesterday’s attack on us by [Defense Minister] Liberman in the Knesset—which, by the way, we broadcast with Arabic subtitles—no one has told us they wanted to close us down. We’re just being extra careful because of the demonstration against us by ‘extremist settlers’ at the entrance to our office in Jerusalem.” 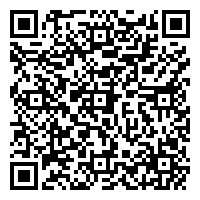