How do you make a million dollars in Israel? You start with two million.

The joke reflects a perception many “Anglo” Jews share regarding their financial opportunities in the Holy Land. The implication is that the only people who go on Aliya from English speaking countries are the very strong ideologically or religiously, while the rest simply don’t stand a chance to make it.


There’s a mass of talented, entrepreneurial Jews who have given serious consideration to making Aliya, and may have even been on a Birthright or Aliya pilot trip, but they hesitate. They’re stuck in that “how to make a million dollars” joke mode. They simply can’t imagine themselves surviving, much less succeeding, in Israel.

This negative way of thinking affects even some Anglos who have already taken the plunge and made aliya. Graduates of Harvard and other fine U.S. academic institutions, some find themselves in night-shift Call Centers or Technical Writing jobs, a self fulfilling nightmare.

“It’s because they are forced into a ‘survival mode’ instead of a highly creative and productive mode of being and working,” says David Goldberger, founder of the Aliya Incubator (AI), himself an oleh from the U.S..

“The fear of not making it puts psychological limitations on the realization of the American oleh’s true potential,” says Goldberger.

It turns out that this perception is wrong, and that Israel is ready to reap the benefits of absorbing a much larger “Anglo” population.

Israel attracts the highest rate of venture capital per resident anywhere in the world – in 2010, according to the Economist, it took in $170 investment dollars per capita, compared with $75 in the U.S. This money is hungry for new applications. If you ask David Goldberger, the time to take advantage of it is now.

Watch this interview with co-author Dan Senor on MSNBC.

This week, AliyaIncubator.com (AI) announced their plan to make a big impact catering to English speaking Olim with great ideas – by funding them.

“Our aim is to not only facilitate a red-carpet ramp for the up and coming innovators,” says Goldberger. “Through AI, we will manage the essential services which all entrepreneurs desperately need as part and parcel of launching a new company.”

David Goldberger lives and breathes Israel’s world of startups, having worked in several and launching his own. “AI intends to fund dozens of start-ups, bringing them on Aliya to build their dream. Starting at $500k per deal for the business launch, assisting in the Aliya process, and providing all the necessary business services.”

Jonni Nieman, an Oleh from Denmark, joined David as co-founder of AI. He also shares his vision: “The idea we are so excited about is to feather the nest so that landing in Israel will be the softest possible – easy entry, while almost all of the bureaucratic headaches are managed by the AI services. So the entrepreneur oleh is able to focus entirely on their main business vision. All the rest is managed by AI.”

AI is planning to launch multiple centers in Israel, so new Olim will have their optimal choice of living locations, including, eventually, in the Negev.

The process of moving to Israel is filled with challenges: housing, employment, education, choosing a community, coping with a myriad changes. AI’s role is to systemically plan for most of these considerations, transforming these challenges into opportunities, and thus reducing the stress factors.

Yair Almagor is an Israeli professional strategic business entrepreneur and founder of ID2B Consulting. He joined to partner in this Aliya dream to help reverse the brain drain often associated with Israelis who leave Israel for greener pastures.

Yair has been consulting innovators for years and is excited to provide AI entrepreneurs the same marketing, strategic, and business development mentoring, along with high level access to proven enterprise visionaries.

“I joined Jonni and David to build a true dream,” says Yair. “This is the dream of Israel, to succeed by helping others succeed, to grow a country – this is what start-up nation is all about.”

Aliya Incubator is an Aliya program focused on encouraging entrepreneurial super-talents from English speaking countries to make Aliya and to build a High-Tech Start-Up, in Israel.

Aliya Incubator aims to comprehensively fund motivated Aliya candidates who:
1. Have great ideas which are worth funding.
2. Are entrepreneurs who can focus on succeeding in Israel – who have the ability to launch a success.
3. Are ready to make Aliya upon funding.

Aliya Incubator‘s mission is to support Olim 100% — with more than just funding. AI will do whatever it takes to help score home run Start–Up companies. AI will enable the new immigrant to start and stay on solid footing in Israel, to create high value jobs for other immigrants, and lock in healthy returns for AI investors.

We will do this by framing an Israeli incubator model concept for a highly select segment of energetic and committed “next” immigrant entrepreneurial talents. AI introduces a new and unique evolutionary Israeli incubator model – a targeted hybrid. A turnkey customized program with an entire ecosystem of support services necessary to start up a new life and to start up a new company in Israel. 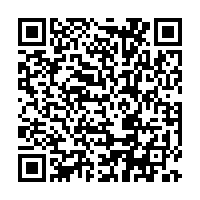