Rabbi Dr. Shlomo Riskin, whose visionary contributions to Israel and world Jewry over the course of the past half-century have impacted the lives of thousands while redefining Modern Orthodox leadership, will be one of five recipients of the 2018 Sylvan Adams Nefesh B’Nefesh Bonei Zion (Builders of Zion) prize. Rabbi Riskin will be honored with the Education prize, alongside four olim who will receive prizes for their impact in Israel on Science and Medicine; Community and Non-Profit; Culture, Art and Sports; and Israel Advocacy.

Rabbi Riskin made Aliyah from New York in 1983, to become the founding rabbi of Efrat, a city which did not yet exist, but is now home to more than 12,000 residents. Efrat is where Rabbi Riskin established the first school in what would eventually become Ohr Torah Stone (OTS), a comprehensive network of 27 unique educational institutions, women’s empowerment programs, leadership development, outreach initiatives, and social action projects.


Rabbi Riskin will be retiring in July from Ohr Torah Stone school system, and it will be taken over by Rabbi Kenneth Brander. Rabbi Riskin, at age 77, will continue to the be the Chief Rabbi of Efrat.

The recipient of the Science and Medicine prize, Prof. Marcia Javitt, MD, FACR, FSAR, FSRU, made Aliyah from Maryland in 2013 to become head of Radiology at Rambam Medical Center, as well as part of the faculty at the Technion. One of the founders of the field of Women’s Imaging, Prof. Javitt pioneered imaging techniques aimed at early diagnosis of breast, ovarian, and uterine cancer. At Rambam, she saw an opportunity to integrate clinical excellence, translational research, and quality education while managing a complex full-service tertiary care academic department.

Community and Non-Profit prize recipient Kalman Samuels made Aliyah from Vancouver in 1983. He and his wife Malki experienced the injury of their second son, Yossi, at the age of 11 months, from a faulty vaccination, which rendered him blind, deaf and acutely hyperactive. After 7 years with no communication, Yossi experienced a breakthrough – he learned to communicate via sign language using the palm of his hand and later achieved speech. 28 years ago, Kalman and Malki established Shalva, the Israel Association for the Care and Inclusion of Persons with Disabilities, which began as a small program in a rented apartment and later developed into round-the-clock programs for 2,000 individuals at the Shalva National Center.

Culture, Art and Sports prize recipient Linda Streit, who made Aliyah from London in 1978, founded the “Daniel Amichai Center for Rowing and Nautical Studies” in 2004, in memory of her son, Daniel Amichai Marcus, z”l, a promising young athlete. The Center is the home of the national Olympic & Paralympic teams, and a leader in nautical studies, providing classes for schoolchildren and after-school activities such as rowing, sailing, coastal rowing and kayaking classes, which are open to all.

Israel Advocacy prize winner Arsen Ostrovsky, originally from Australia, who made Aliyah from New York in 2012, is an International Human Rights Lawyer and Executive Director of The Israeli-Jewish Congress, an Israel-based NGO serving as a bridge between Jewish communities in Europe and Israeli leaders and officials, while supporting the Jewish State around the world in the fight against Antisemitism, BDS and delegitimization. Arsen is considered an expert on Anti-Semitism and the BDS movement, as well as International Law and Middle East foreign policy.

The Lifetime Achievement prize recipient Morris Kahn was born in South Africa, and in 1956, at the age of 26 moved to Israel with his late wife Jacqueline and his two sons, David and Benjamin. He published Israel’s first Yellow Pages in 1968, inaugurated the first underwater observatory in Eilat, and established companies in diverse fields. He was instrumental in introducing AT&T and AIG into the Israeli market. In recent years Mr. Kahn has increasingly focused his attention on philanthropy and venture philanthropy, supporting cutting-edge cancer stem cell research. At the age of 88, with his grandchildren and great-grandchildren by his side, Morris continues his far-reaching philanthropic activity.

Young Leadership prize recipient Major Keren Hajioff was born and raised in the UK and made Aliyah in 2009, right after high school. A month after moving to Israel, Keren enlisted in the IDF as an Instructor in the Artillery Corps. She was selected for the IDF Officers’ Training School, finishing as the Exemplary Cadet of her company. Having earned the rank of Lieutenant, Keren was assigned as an Instructing Officer in the officers Training School, training the future generation of IDF officers. She later became Head of Information and Policy in the Ground Forces Foreign Relations Branch, then the Foreign Relations and International Student Officer at the Israel National Defense College, where she was promoted to the rank of Captain. Keren is currently serving as the Head of Public Diplomacy in the IDF Spokesperson’s Unit, as well as completing a degree in Political Science and was recently promoted to the rank of Major. 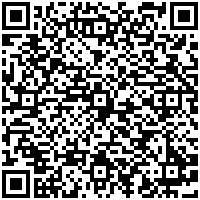